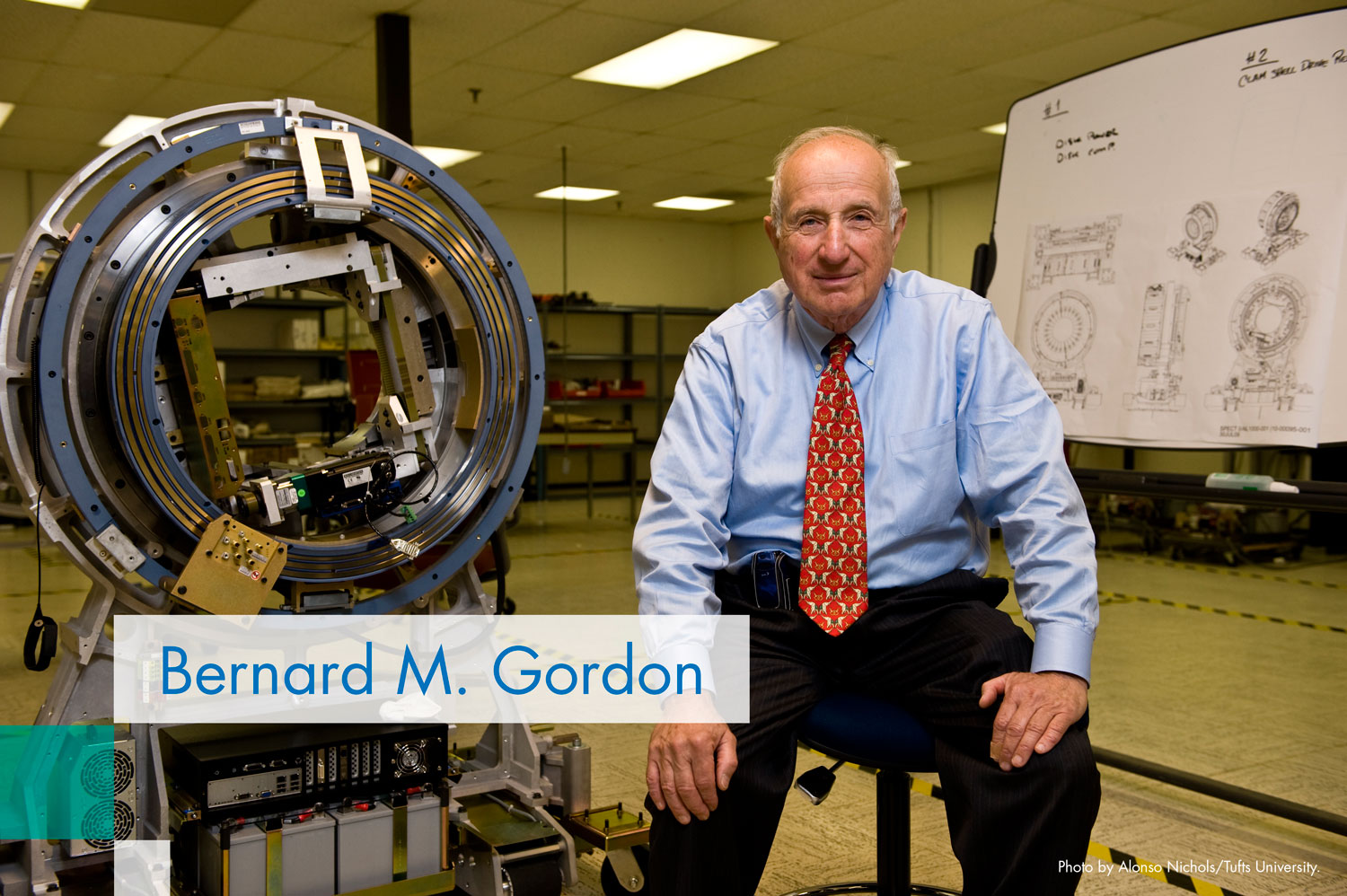 The Gordon Center at UC San Diego is made possible through a generous gift from
Bernard M. Gordon and his wife Sophia Gordon.

Considered the "father of analog to digital conversion" for his inventions and contribu­tions to signal transduction, medical tomography, and other high precision instrumenta­tion, Bernard Gordon has more than 200 patents worldwide. Gordon is the co-founder and Chairman of Danvers, Mass-based Neurologica Corporation. He is also the founder of Analogic Corporation (Peabody, MA) and recently retired as Chair­man of the Board. Prior to Analogic, he was the president and co-founder of Epsco In­corporated. In 1986, Gordon received the National Medal of Technology and in 1991, he was elected a member of the National Academy of Engineering.

Through the Gordon Foundation, Bernard and Sophia Gordon are dedicated to supporting innovative engineering lead­ership training and reform in engineering education. In addition to the Gordon Engi­neering Leadership Center at UC San Diego, the couple has supported leadership cen­ters at Massachusetts Institute of Technology, Northeastern University, Tufts University, and Technion Israel Institute of Technology. The couple has also established the National Academy of Engineering's Gordon Prize for Innovation in En­gineering and Technology Education (NAE Gordon Prize).

quote icons A leader is the seed crystal around which everything else coalesces. quote icons