This fall marks the 10th year of the IDEA Engineering Student Center, one of the cornerstones of student life at the UC San Diego Jacobs School of Engineering. In the past decade, the IDEA—Inclusion, Diversity, Excellence, Achievement—Engineering Student Center has supported thousands of students through to graduation through its various programs, including summer prep and mentorship programs, peer-led engineering learning communities, support for student diversity organizations, and more.  Read the full Jacobs School News Release.

We're grateful to the students, faculty, staff, and industry partners for the role they played in the IDEA Center's founding. We have invited them to share with us their reflections on that time, as well as their hopes for the Center's future.

We're taking this opportunity to highlight some of our spectacular IDEA Center alumni. After graduating from UC San Diego, they've gone on to make an impact in industry and academia, started their own companies, are active in outreach efforts and are charting their own paths. We're currently reaching out to IDEA Center alumni to hear how IDEA programming influenced their UC San Diego experience, and what they're up to now. We'll share their stories below. If you're an IDEA Center alumnus and you'd like to participate, click here. 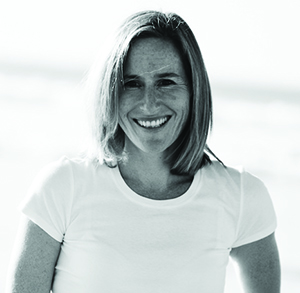 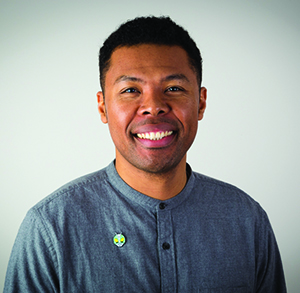 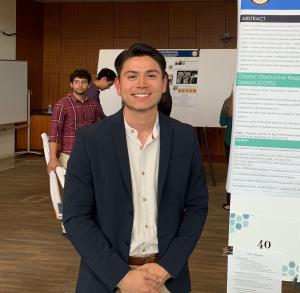 Most memorable experience: Engineering a parachute to drop an egg with my friends at the summer experience before freshman year.

"Participating in the IDEA Center was essential to my experience at UCSD, especially in Bioengineering. Gennie and all the staff were always there to point me in the right direction and open up doors to me in engineering. As a first generation college student, I did not come to college with the engineering skills or related experience others around me had. Nonetheless through workshops, mentorships and open arms, the IDEA center helped me land fruitful research positions, create valuable connections and gave me opportunities to give back to this great community. I could not thank you all enough for the work that you do. Keep changing lives." 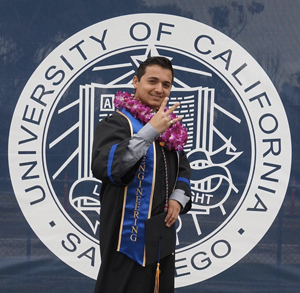 "It made all the difference knowing I had a program that supported me and helped guide me as a first-generation college student. They knew me as a person and periodically reached out to me to see how I was doing. It made UC San Diego more of a comfortable environment. It is thanks to Terrance, Gennie, and all the people involved with the IDEA Center while I was there that I was able to accomplish what I have. I am forever grateful to the IDEA Center." 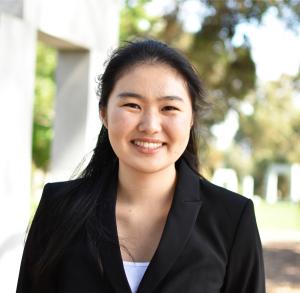 Most Memorable Experience: The Summer Engineering Institute because it helped her find a community of engineering students and understand the pace of undergraduate courses

Quote: "The IDEA Center is one of the main reasons I stayed in engineering. Knowing that I had people genuinely rooting for me and encouraging my academic development helped me have the self confidence to pursue research. As a woman in STEM, sometimes I felt undervalued while taking courses, but having a community that I could always lean on meant the world to me and made me feel like I could keep pursuing academia. Congratulations on your 10th year anniversary, and best of luck with all your future initiatives. They really change engineering students' lives." 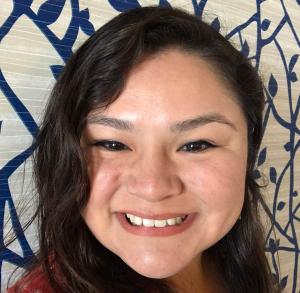 Quote: "The IDEA Center opened up a world of opportunities to do research, network with industry professionals, receive additional tutoring and mentoring, and most importantly make friends who also strive to be the best engineers they can be. Thank you so much for planning all the fun and informational events you did during my college years. These events shaped my experience at UCSD and made my college career much richer than it could have been."

Most memorable experience: Summer PrEP before freshman year, meeting all the IDEA Scholars in her cohort

Quote: "Through the IDEA Center, I already knew people in my major who were in the same boat as I was, so it became easy to do homework and study together since we were part of a community. The summer before freshman year, I got to meet all of the other IDEA Scholars in my cohort and made a lot of great memories and relationships."

Here's what the IDEA Scholars class of 2020 had to say about how important IDEA Center programming is:

Read about some of our IDEA Scholars alumni and their successes here: 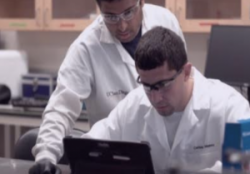 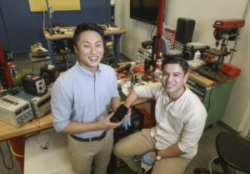 Shout out to another IDEA Scholar Alumnus, Ricky Rueda (Class of 2019), who started a company with a fellow Jacobs School nanoengineering student Ji Lee Mercury Health, which was featured in the The San Diego Union-Tribune! The Mercury Health team has created a palm-sized device that monitors a room to see when someone gets up and returns to their bed, designed for older adults and their caregivers.