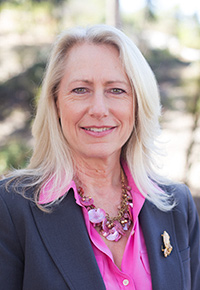 Tana Troke Campana is responsible for the central budgeting, financial, human resources, facilities, technical operations and general administration of the Dean's Office. She is the senior business manager in the Jacobs School and collaborates with the Dean and Calit2 Director in administrative leadership of the School and Calit2. Prior to Tana's appointment as Executive Assistant Dean for Finance and Administration in April 2015, she spent seven years in the UC San Diego School of Medicine as the Administrative Vice Chair for the Department of Family Medicine and Public Health for three years and Assistant Dean for Medical Education from 2007-2012.  With extensive knowledge of education administration, Tana began her University of California career at UC Irvine in 1987, moving into progressively responsible leadership positions during her thirteen years at the campus.  She then spent two years at the UC San Francisco campus in Auxiliary Services before taking on the role of lead business administrator and IT director at a K-12 public school in Western New York from 2002-2007. Tana earned both her MBA and B.S. in Information Systems from the University of Redlands.