San Diego, Calif., Sept. 29, 2016 — It’s billed as “The Greatest Show (&Tell) on Earth,” and researchers from the University of California San Diego will once again be part of the spectacle as Maker Faire San Diego takes over Balboa Park.

For the second consecutive year, affiliates of the UC San Diego Qualcomm Institute (QI) and Jacobs School of Engineering will participate in the celebration of the global, tech-influenced and do-it-yourself community known as the Maker movement.

Maker Faire -- which takes place on Saturday and Sunday, Oct. 1-2 – is an all-ages gathering of tech enthusiasts, crafters, educators, tinkerers, hobbyists, engineers, science clubs, authors, artists, students and many others. The Faire is part ofInnovate San Diego, a week-long series of events showcasing innovation in the Cali-Baja region, and has become part of pop culture – a place for experiential marketing, debuting new technologies and inventions and celebrating geekdom of every stripe.

Researchers from QI and the Jacobs School will exhibit their work at venues throughout Balboa Park (for a full list of makers, click here). Included among them: 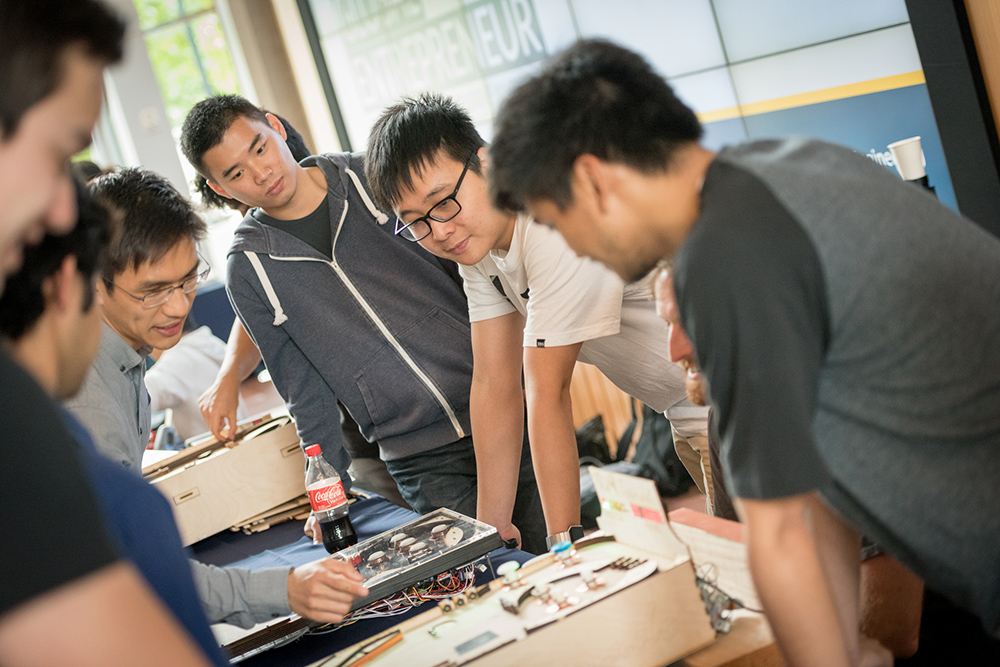 “The nice thing about Maker Faire is it’s an opportunity to show the community at large the cool interactions between engineering and exploration and science,” says QI principal design engineer and E4E Co-Director Curt Schurgers. “It’s a chance for people to see how you can become an engineer and become another Indiana Jones.”

Maker Faire San Diego is open to the public on both days from 10 a.m. to 6 p.m. Tickets are $10 for children, $15 for adults. Admission fee includes entry to all participating venues. For more information, visit sandiego.makerfaire.com.