Professor Griswold's research concerns the evolution and enhancement of large software systems, including the development of new programming tools, often aided by the application of advanced compiler technology. More recently, he has been investigating the engineering of ubiquitous computing systems. One current project is ActiveCampus, which integrates the use of mobile devices, location sensing, and high-speed wireless networking with new software infrastructure to enhance the "culture of learning" on campus and in the classroom. The widely used Ubiquitous Presenter educational application is an outgrowth of this project. Another current project is WIISARD, which concerns mobile wireless technology for medical response in disasters.

Capsule Bio:
William Griswold joined the UCSD faculty in 1991, after receiving his Ph.D. from the University of Washington. He was promoted to Associate Professor in 1997. During the 99-00 academic year he spent his sabbatical at Xerox's Palo Alto Research Center, with the aspect-oriented programming group. He is the Chair of ACM SIGSOFT. Recently he was the program co-chair of the 2005 International Conference on Software Engineering and the General Chair for Aspect-Oriented Software Development 2003. He teaches both undergraduate and graduate courses in software engineering and ubiquitous computing. 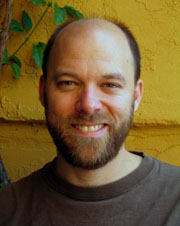