Professor McCulloch directs the Cardiac Mechanics Research Group where his team uses experimental and computational models to investigate the relationships between the cellular and extracellular structure of cardiac muscle and the electrical and mechanical function of the heart during ventricular remodeling and cardiac arrhythmia. Genetically engineered animal models are used to investigate the role of mechanotransduction in ventricular development, hypertrophy and post-myocardial infarction remodeling. Tissue engineering of the cell microenvironment using microlithography and microfluidics are used to investigate the role of cell-matrix interactions in cardiac mechanical signaling. Computational modeling together with fluorescence optical mapping are used to investigate excitation-contraction coupling and the role of mechanoelectric feedback in action potential propagation. In-silico modeling of signal transduction pathways related to calcium cycling and hypertrophy is a new research area along with the development of new technologies for high-throughput cardiac phenotyping in model organisms.

Andrew McCulloch joined the UC San Diego Bioengineering faculty in 1987 and is a former chair of the department. He serves as the Director of the Institute of Engineering in Medicine (IEM) at UC San Diego. He is also a senior fellow at the San Diego Supercomputer Center, a member of the Whitaker Institute for Biomedical Engineering and a member of the UCSD/Salk Institute for Molecular Medicine. McCulloch is a co-founder of Insilicomed, a San Diego-based company developing predictive modeling tools for medical device design, diagnostic imaging, surgical procedures and drug discovery based on platform technology under license from UCSD. He received his Ph.D. in engineering science and physiology from the University of Auckland, New Zealand in 1986. McCulloch was an NSF Presidential Young Investigator from 1991-96, and has been a Fellow of the American Institute for Medical and Biological Engineering since 1997. 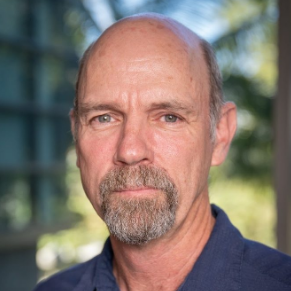