Professor Javidi's research area involves stochastic analysis, design, and control of information collection, processing, and transfer in modern communication and networked systems. This covers broad theoretical questions as well as practical implementation of various solutions. In her research group, Professor Javidi and her graduate students often prove theorems about the performance limitations of modern information collection and communication systems but they also build and test their theoretical findings when possible. A rough break down of her (overlapping) areas of work includes: Information acquisition and utilization (such as active hypothesis testing and variable length coding over channels with feedback), Optimal routing in wireless mesh networks (addressing both theoretical guarantees as well as testbed implementation), Cognitive and delay-sensitive communications and networking, Stochastic optimization in multi server optimization, and Communications under Application and/or Secrecy Constraints. In addition to these areas, another interest of Professor Javidi lies in the applications of microeconomic theory and organizational science to the design of wireless networks.

From 2002 to 2004, Javidi was an assistant professor at the Electrical Engineering Department, University of Washington, Seattle. In 2005, she joined the University of California San Diego, where she is currently a professor of electrical and computer engineering. In 2013-2014, she spent her sabbatical at Stanford University as a visiting faculty. At UC San Diego, Javidi is a founding co-director of the Center for Machine-Intelligence, Computing and Security, is the principal investigator of DetecDrone Project and is a faculty member of the Centers of Information Theory and Applications (ITA), Wireless Communications (CWC), Contextual Robotics Institute (CRI) and Networked Systems (CNS). She is also a founding faculty member of Halicioglu Data Science Institute (HDSI) at UC San Diego. At UC San Diego, she is an affiliate faculty member in the departments of Computer Science and Engineering as well as Ethnic Studies. She is also a member of Board of Governors of the IEEE Information Theory Society (2017/18/19).

Javidi received the 2018 Qualcomm Faculty Award for her contributions to wireless technology. Javidi was a recipient of the National Science Foundation early career award (CAREER) in 2004, Barbour Graduate Scholarship, University of Michigan, in 1999, and the Presidential and Ministerial Recognitions for Excellence in the National Entrance Exam, Iran, in 1992. In addition to numerous contributed and invited talks, she was a tutorial speaker at various international and prestigious conferences: International Conference on Cognitive Radio Oriented Wireless Networks (CROWNCOM) 2010, ACM International Symposium on Mobile Ad Hoc Networking and Computing (Mobihoc) 2013, International Symposium on Information Theory (ISIT) 2014, and IEEE Conference on Decision and Control (CDC) 2016. Tara Javidi was a Distinguished Lecturer of the IEEE Information Theory Society (2017/18). She is currently a Distinguished Lecturer of the IEEE Comunnications Society (2019/20). 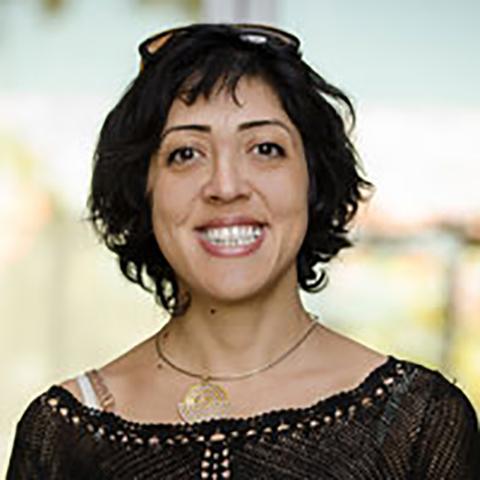