Professor Martínez's research focuses on the control and coordination of multiple autonomous systems, which is crucial to understanding how modern robotic systems can be efficiently deployed. Her research combines novel ideas from control theory, dynamical systems, algorithmic robotics, geometry, optimization, and behavioral ecology. In the framework of geometric control, Martínez has developed novel locomotion and trajectory planning algorithms for underactuated robots, which exploit the systems' inner nonlinear couplings in order to actuate the degrees of freedom for which one does not have direct inputs. Based on models of fish schooling, she has developed scalable and robust motion coordination algorithms for the optimal deployment and formation control of robotic networks. More recently, she has been working on the development of distributed estimation algorithms for multiple robots, which will allow them to cooperatively localize themselves in environments where GPS measurements are intermittently available. Based on fast sampling-based motion planning techniques, Martínez is also working on the implementation of opportunistic motion plans for the remote manipulation of hazardous materials using manipulators. More broadly, Martínez's research extends to the area of control of networked systems and network science.

Sonia Martínez joined the Jacobs School faculty in 2005 after completing a two-year Fulbright Postdoctoral Fellowship at the University of Illinois at Urbana-Champaign, and UC Santa Barbara, in both cases working with Francesco Bullo. Martínez received a Ph.D. in engineering mathematics from Universidad Carlos III de Madrid, Spain, in 2002. She was a visiting assistant professor in the Department of Applied Mathematics at the Technical University of Catalonia, Spain, for one year before coming to the United States on her Fulbright Fellowship. 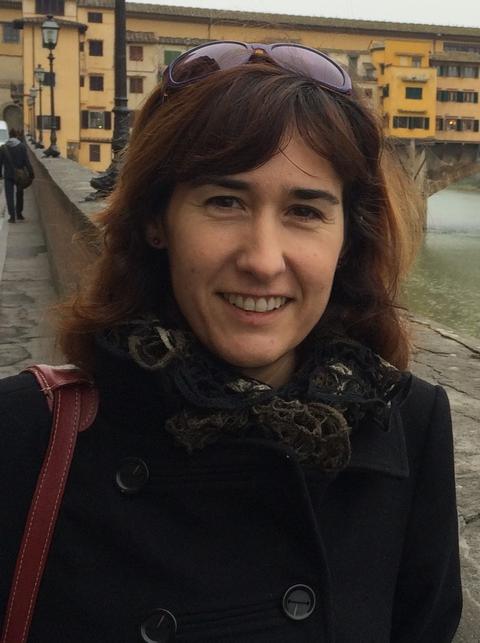