Charles Tu is a Distinguished Professor of electrical and computer engineering (ECE) at the UCSD Jacobs School of Engineering. He joined the UCSD faculty in 1988, and was appointed associate dean of the Jacobs School in 2004, after serving from 1999 to 2003 as chair of the ECE department. Tu's research interests include novel III-V compound semiconductor heterostructures and nanostructures for electronic, optoelectronic and photovoltaic devices. He was a distinguished member of AT&T Bell Laboratories technical staff from 1980 to 1988. He earned his Ph.D. in Engineering and Applied Science from Yale University in 1978 and his B.Sc. (Hon.) in Physics from McGill University in 1971. He has authored or co-authored more than 390 refereed technical journal papers. Tu is a Fellow of the IEEE, the American Physical Society, and the AVS Science and Technology Society. He was Engineering Educator of the Year in San Diego County in 2006, the recipient of Taiwan's Pan Wen-Yuan Foundation Outstanding Research Award in 2009, and the recipient of the North American MBE Innovator Award in 2011, an honorary doctorate from Linköping University in Sweden in 2013, and the IEEE Region 6 Outstanding Educator Award in 2014. 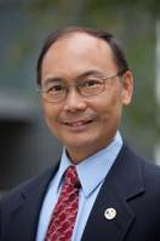