Prof. Fainman is involved in design and realization of ultrafast and miniature optical systems. Current research interests in his group include photonic crystals (band gap); 3-D holographic optical storage for image processing; the investigation of artificial dielectric properties of nanostructures; transparent photonic switching fabric and networks; diffractive optics with multifunctionality; and quantum communications and cryptography for photonic network security and privacy. Optical signal processing is a major thrust of Fainman's research, and he is pioneering development of optical code division multiple access (OCDMA), an optical version of the CDMA technology on which most U.S. wireless telephone systems are currently based. OCDMA itself is based on a technique called NSTP--nonlinear spatio-temporal processing. It utilizes pulses from femtosecond lasers to enable the conversion of spatial and temporal information from one domain to the other. Fainman says OCDMA is intrinsically more secure than traditional wavelength division or time division multiplexing, and will permit optical networks to operate in excess of 1 terabit per second.

Y. Fainman is a Cymer Professor of Advanced Optical Technologies in Electrical and Computer Engineering at the University of California, San Diego (UCSD). He received  his M.Sc and Ph.D degrees from Technion, Israel in 1979 and 1983, respectively. From 1990, he has been directing research of the Ultrafast and Nanoscale Optics group at UCSD and has helped to make pioneering contributions to utilizing near field optical phenomena in inhomogeneous and meta-materials, nanophotonics and plasmonics, nonlinear optics of femtosecond pulses and non-conventional imaging.  His research applications target information technologies and biomedical sensing. He has past experience in leading large-scale multidisciplinary projects.  For example, in the early 90’s he was director of a project on “Photonic Imaging Networks,” supported by  the Focused Research Initiative program of BMDO.  Also as director, he has led one of DARPA's OptoCenters (Optofluidics), DARPA’s Si Phaser and NACHOs programs, and he is currently a Deputy Director of NSF’s Engineering Research Center known as the Center for Integrated Access Networks--CIAN.   He is a Fellow of the Optical Society of America, Fellow of the Institute of Electrical and Electronics Engineers, Fellow of the Society of Photo-Optical Instrumentation Engineers, and recipient of the Miriam and Aharon Gutvirt Prize, Technion, Haifa, Israel (1982), Lady Davis Fellowship (2006), and Brown award (2006).  His current research interests are in near field optical science and technology compatible with CMOS manufacturing. Specific research projects include (i) design, fabrication and experimental validation of nanoscale resonant optical structures and devices exploiting both dielectric and metalo-dielectric nanostructures; (ii) nanoscale lasers and evanescent field imaging and sensing; (iii) plasmonic nanostructures for electromagnetic field localization beyond diffraction limit, enabling biomedical sensing and imaging on the nanoscale in all three spatial dimensions; (iv) optofluidics technology integrating microfluidics with micro- and nano-scale optics for sensing and monitoring; (v) optical signal and information processing using  femtosecond laser pulses; (vi) quantum cryptography,  communication, and quantum information processing; and (vi) multidimensional quantitative imaging in near and far fields. He has contributed over 200 manuscripts in peer review journals and over 350 conference presentations and conference proceedings. 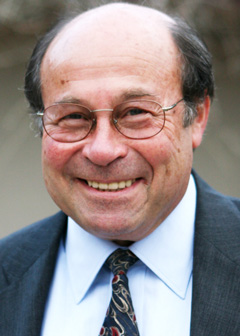 California Institute for Telecommunications and Information Technology, Institute for Neural Computation,Institute of Engineering in Medicine