In 2022, Prof. Wheeler was awarded the Barbara and Paul D. Saltman Distinguished Teaching Award, a University-wide recognition. Excerpts from his acceptance follow:

“I’ve been teaching for 51 consecutive years – high school math (I’m certified in secondary education in the state of New York); elementary school for an experimental school in Blacksburg Virginia; TA for 6 years at Cornell, university professor ever since.

“For 6 years I was the chief advisor to 1600 electrical engineering students at Illinois; one of my students, an MD/PhD, is now a UCSD Bioengineering faculty member; I myself graduated four MD/PhD students.

“I founded the Bioengineering Department at Illinois and created its bachelors, masters, and PhD programs – UCSD stole two of my first faculty hires as well as me. I also created the bachelors’ degree program in Biomedical Engineering at the University of Florida while I was Department Chair.

“Nearly eight years ago I came to UCSD for two reasons – to help with the start of the Biosystems major – apparently someone thought I knew something about starting bioengineering degree programs -- and I thought that I would have greater impact not from another R01 grant but rather by working with undergraduate students. I made the right choice.

“I have taught every graduating senior in Bioengineering senior design over the last six years.  It has been a most wonderful experience, being surrounded by incredibly bright, driven, personable, innovative people – with very diverse interests and backgrounds.  They will shape the nation’s future.  I’m proud of all of them. I’ve had the opportunity to encourage many to see a future beyond what they imagined when they entered UCSD.

“My students have kept me young – perhaps the greatest gift that anyone could ever get. They have given me far more than I have given them. I am most grateful.”

In his work at UCSD he has been heavily involved in UCSDs's new undergraduate Bioengineering Systems major, teaching and developing courses in instrumentation, signal processing and design. In his work with the UCSD Bioengineering: Systems UG major he emphasizes classical systems engineering but is cognizant that this education needs to take place in a context of genomics/informatics and the wearable/sensor/physiologic revolutions, both of which are changing the practice of medicine. He has won the Outstanding Instructor in Bioengineering Award three times.

Before moving to UCSD he has championed within the IEEE Engineering and Medical Bioengineering Society the growing emphasis on Biomedical and Health Informatics, a field which offers rapidly expanding job opportunities for biomedical engineers due to its huge practical impacts on health care effectiveness and cost, in addition to exploiting the genomics revolution. He is bringing into his classes an awareness of the tremendous impact that the wearable/sensor/wireless device explosion is having on biomedical engineering practice.

For new students, Prof. Wheeler strongly recommends his MOOC "So you want to be a biomedical engineer" which is available for free at https://www.edx.org/course/so-you-want-become-biomedical-engineer-ieeex-biomed01x-0. This course was created by the IEEE EMBS with substantial help from D2 Creative (Somerset NJ). [Prof. Wheeler is particularly indebted to Laura Vitez who helped craft a more meaningful message to young bioengineers.] This course is available for free.

Before joining UC San Diego, Dr. Wheeler was a professor and Acting Department Chair at the University of Florida, co-authoring Florida's new BME BS degree program proposal. Previously he had been on faculty at the University of Illinois where he was the Founding Head of the Bioengineering Department, authored the proposals and shepherded to completion the programs for the BS, MS and PhD. He also served as ECE Associate Head for Undergraduate Education and Chair of the Neuroscience Program. He earned his Ph.D. and Master's from Cornell and his Bachelor's from MIT. He is a Fellow of the AAAS, IEEE, BMES, AIMBE and IAMBE. He was President of the IEEE Engineering in Medicine and Biology Society in 2012-2013 and Editor of its flagship journal the IEEE Transactions on Bomedical Engineering. He adds that IEEE TBME is the world's most influential general BME journal and that IEEE EMBS is the world's oldest, largest, and most global biomedical engineering. Also, EMBS is most closely aligned with the engineering, clinical and industrial expansion into health care.

Prof. Wheeler came through the research ranks with his interest in the application of electrical engineering methodologies to neuroscience. His work and laboratory influenced the development of neural spike sorting technologies, demonstrated that micro electrode array technology was useful for brain slice recording, and developed multiple micro lithographic techniques for controlling cell growth in culture, especially of neurons. This work aims at basic science understanding of the behavior of small populations of neurons, in hopes of creating better insight into the functioning of the brain. More recent work, in collaboration with GJ Brewer of UC Irvine and T DeMarse of the University of North Carolina has involved very novel reconstructions in vitro of the hippocampus from which we are gaining new insights into how this structure, critical to memory, encodes information. 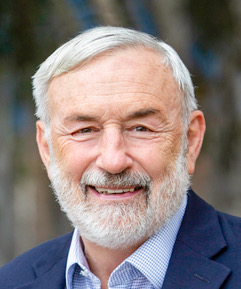