Gravish’s research focuses on better understanding the challenges of movement and manipulation in micro-scale robotic and biological systems. Current understanding of locomotion and manipulation in micro-scale systems lags behind our ability to create devices at these scales (i.e. microrobots). We also lack an intuitive understanding of the strategies animals use for movement and manipulation at these scales.  To bridge this knowledge gap between manufacturing and movement, Gravish studies high-speed, robust and agile locomotion in microscale biological systems such flying and running insects and looks for the principles of dynamic locomotion at the micro-scale. In addition, Gravish manufactures at-scale microrobots to test locomotion and manipulation hypotheses. His research takes an integrative approach, through quantitative biology experiments and robotics manufacturing and experiments, based on the mechanics driving the interaction between the animals and their environment when they move. He aims to discover principles for robust movement in complex environments with limited sensing and control. Gravish’s overarching goal is to expand our knowledge of movement and manipulation capabilities in micro-scale biological and robotic systems through novel manufacturing and experiments.

Before joining UC San Diego, Gravish was a postdoctoral fellow in the School of Engineering and Applied Sciences at Harvard under Professors Robert J. Wood and Stacey A. Combes.  He was the recipient of a James S. McDonnell postdoctoral fellowship. He received his PhD from Georgia Tech under Professor Daniel I. Goldman and his bachelor’s from the University of California, Santa Barbara. 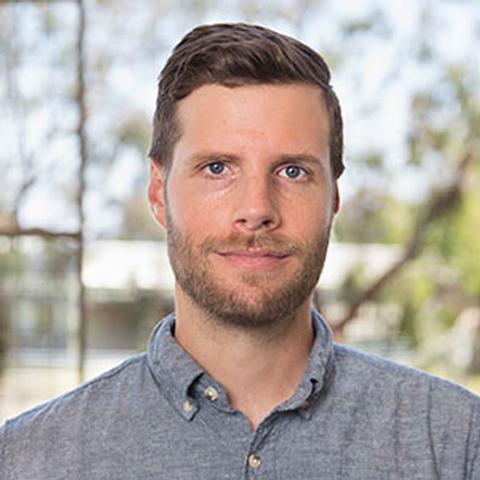