Dinesh Bharadia received his Ph.D. in 2016 from Stanford University, where he was advised by Professor Sachin Katti. He is currently a Postdoctoral Associate at MIT working with Professors Dina Katabi and Mohammad Alizadeh. In his dissertation, Bharadia presented a prototype of a radio that invalidated a long held assumption in wireless research that radios cannot transmit and receive at the same time on the same frequency. In recognition of his work, Bharadia was named a Marconi Young Scholar for outstanding wireless research and was awarded the Michael Dukakis Leadership award. He was also named as one of the top 35 Innovators under 35 in the world by MIT Technology Review in 2016. Bharadia is also a recipient of the Sarah and Thomas Kailath Stanford Graduate Fellowship.

From 2013 to 2015, Bharadia was a Principal Scientist for Kumu Networks, where he worked to commercialize his research on full-duplex radios, building a product that underwent successful field trials at Tier 1 network providers worldwide like Deutsche Telekom and SK Telecom. This product is currently under deployment. His research interests include advancing the theory and design of modern wireless communication systems, wireless imaging, sensor networks and data-center networks. Bharadia received his bachelor's degree in Electrical Engineering from the Indian Institute of Technology, Kanpur in 2010, where he received the gold medal for graduating at the top of his class. His research has been published at top conferences such as SIGCOMM, NSDI, MobiCom and has been cited over 2,000 times. At UC San Diego, he will be teaching core courses in wireless communication, IoT networks, and networked systems building. 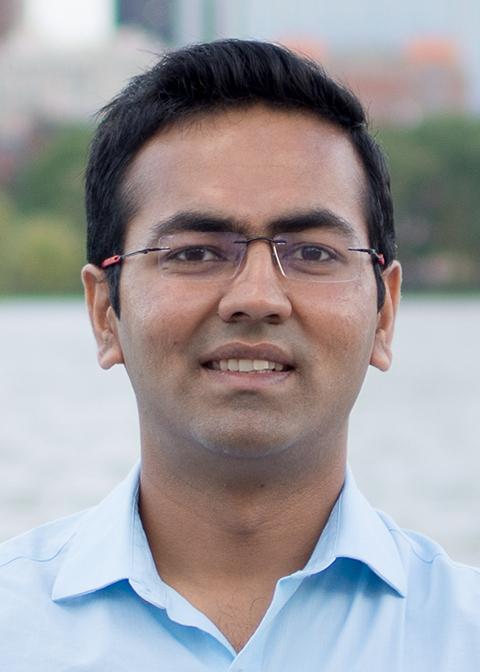