Seshadri's expertise is in wireless communication systems, theory, signal processing and networking. He has a track record of contributing to successful research programs at AT&T Bell Labs and AT&T Labs, as well as creating and building a multi-billion dollar wireless business at Broadcom Corporation.

Seshadri received his B.E. degree in Electronics and Communications from Regional Engineering College (now called NIT), Tiruchirapalli, India in 1982, and M.S. and Ph.D. from Rensselaer Polytechnic Institute, Troy, NY in 1984 and 1986, respectively. He joined Broadcom in 1999 and was the first employee dedicated to developing the company’s wireless strategy. As VP and CTO of the Mobile Platforms and Wireless Connectivity business groups, he helped drive Broadcom’s entry into 2G, 3G and 4G cellular, mobile multimedia, low power Wi-Fi for handsets, combo chips that integrate multiple wireless connectivity technologies, GPS, as well as development of a strong IPR portfolio. From 2011 to 2014, he also served as Senior VP and General Manager of the Mobile Platforms Solutions business unit. This group was responsible for developing and marketing cellular baseband, RF and power management products as well as complete smart phone handset reference platforms. From 2014 until his recent departure from Broadcom, he served as Senior VP and CTO of the Broadband and Connectivity group.

Prior to joining Broadcom, he worked for more than 13 years at AT&T Bell Laboratories as Member of Technical Staff and as Head of Communications Research at AT&T Shannon Labs. The focus of his research was on developing techniques for reliable transmission of data, speech, and audio for mobile communications. He is a Fellow of IEEE, Member of the US National Academy of Engineering, Foreign Member of the Indian National Academy of Engineering, Distinguished alumnus of National Institute of Technology, Tiruchirapalli, India and holds about 200 patents. He is a co-recipient of the 1999 IEEE Information Theory best paper Award. 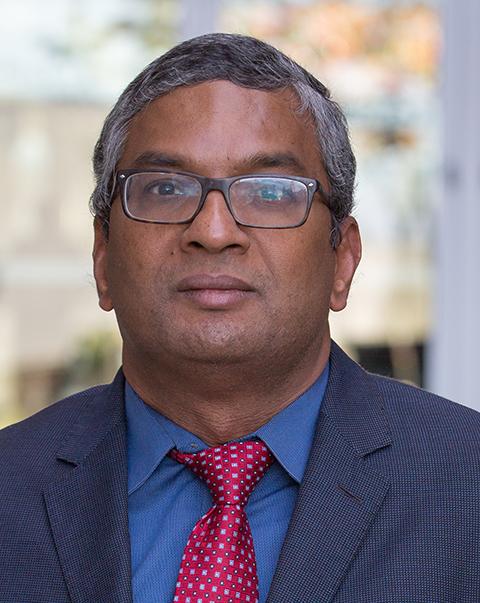