The integrated Power Electronics and Energy-Efficient Systems (iPower3Es) Lab at UC San Diego, led by Prof. Hanh-Phuc Le, focuses on research at the boundary between and deep into the two areas: integrated circuits and power electronics. The group’s goal is to create miniaturized/integrated circuit designs and power management systems that achieve optimal trade-offs among size, performance, and efficiency. Applications of interest include various electronic devices and systems from low power to high power, smartphones to data centers and telecommunication systems, battery-powered components to renewable- and grid-power devices, and from stationary systems to robots, automotive devices, and aircraft.

Hanh-Phuc Le received his B.S. from Hanoi University of Science and Technology in Vietnam (2004), M.S. from KAIST, Korea (2006), and Ph.D. from UC Berkeley (2013), all in Electrical Engineering. In 2012, he co-founded and served as the CTO at Lion Semiconductor until October 2015. The company is currently shipping millions of battery chargers and PMIC products to several World’s leading smartphone makers. He was with the University of Colorado Boulder from 2016 to 2019. In September 2019, he joined the Jacobs School of Engineering at UC San Diego as an assistant professor in the Department of Electrical and Computer Engineering.

Previously, he also held R&D positions at Oracle, Intel, Rambus, JDA Tech in Korea, and the Vietnam Academy of Science and Technology (VAST) in Vietnam. He received the 2012-2013 IEEE Solid-State Circuits Society Pre-doctoral Achievement Award and the 2013 Sevin Rosen Funds Award for Innovation at UC Berkeley. He authored two book chapters, over 50 journal and conference papers including a COMPEL 2019 Best Paper Award, and is an inventor with 18 U.S. patents (10 granted and 8 pending). He serves as an associate editor of the IEEE Journal of Emerging and Selected Topics in Power Electronics (JESTPE), the TPC Chair/co-chair for the International Workshop on Power Supply On Chip (PwrSoC 2018, 2020). He is currently the Chair of the IEEE Power Electronics Society Technical Committee on Power Conversion Systems and Components (IEEE PELS TC2). 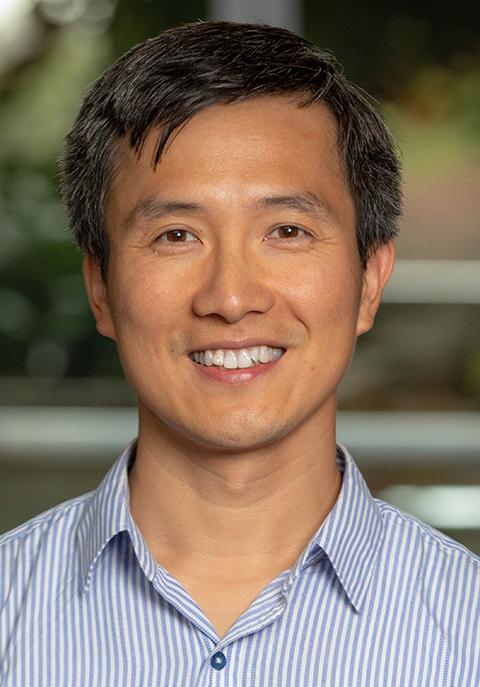